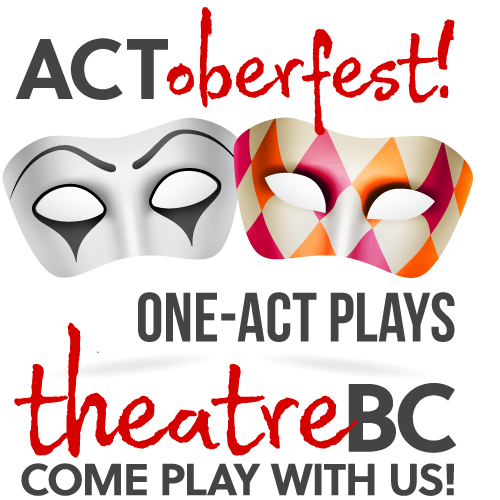 Originally launched by Theatre BC in October 2007 as part of its 75th Anniversary celebration, this annual fall provincial one act drama festival is designed to:

Theatre BC’s Annual Provincial One Act Festival is open to any productions by community, student and emerging professional theatre enthusiasts. Up to 18 productions will be selected through an application process. The Festival will be held in a different BC location each year.

Each selected production will be scheduled for a minimum two performances and will receive 50% of the gate to help offset their expenses. In keeping with Theatre BC’s mandate to foster the development of theatre, ACToberfest includes a general adjudication for all shows to provide some constructive feedback and skills development. The event also includes an awards luncheon with awards selections for acting, directing and best production categories.